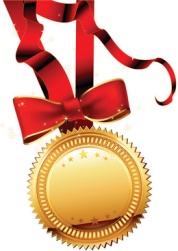 The main character in the middle-grade mystery I’m writing doesn’t know it, yet, but she’s about to become a heroine.  Not right now, not exactly at the point of the story where I am, but she will be one when the story ends.  Right now, she’s just a “regular kid” having some adventures and finding herself in the middle of a mystery.

So, what is a heroine, anyway?  The dictionary defines a heroine as 1) A woman admired or idealized for her courage or noble qualities, and/or 2) The chief female character in a book play, or movie, who is typically identified with good qualities.

That’s it?  Does my 11 year-old merely have to possess “good qualities” to earn the title of heroine?  Seems a bit flat and anti-climactic to me.  She’s already a good kid.  I think about characters like Wonder Woman or Xena, the warrior princess, and I don’t think my Piper is going to hit that mark.  She won’t be able to deflect bullets or fight epic battles.  However, she is going to have to display courage, perseverance, and bravery, and I think that those are qualities a heroine must possess.  She’s already experienced devastation when her father died in a work-related accident and has displayed “good qualities” as she struggles to move forward without him.

Our technological advances have brought the bad along with the good to the forefront.  Today’s kids can chat face-to-face with grandma and grandpa, and at the same time, they’ve become prey to sexual predators.  They can watch a live-cam of a bear den in Minnesota, and are also subjected to the fear and terror of 9/11, school shootings, and the recent bombings in Boston.  It’s all so immediate and “in their face.”  Bravery seems to be a requirement of daily living.

It was never on my “radar” to think that I’d face someone who would want to hurt me, someone coming into my school with a gun, or that someone would fly a plane into a building or set off a bomb with the intent of killing as many innocents as possible.  Kids today have grown up with immediate news displaying gruesome images that it’s almost impossible to shield them from.  So my Emma is already a heroine without realizing it.  She gets up, goes to school, and lives her eleven year-old life in the world as she knows it.  She accepts it as normal because it’s all she’s ever known.

I’m going to give Emma the chance to do even more.  I’m lucky in the fact that I get to take her to the edge and then pull her back before something really bad happens.  I can send her out on a pretty cool adventure, throw some obstacles in her way, let her overcome them, and become the heroine I know she is.