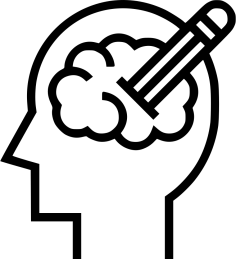 My middle-grade story starts (for the reader) when Emma (my main character), her mother, and her best friend are standing at the imposing entry gates to Moz Hollow.

With the first draft complete, I jumped into the second draft.  The scenes were great.  The basic story line was awesome.  But it didn’t feel quite right.  Something was missing.  The characters felt like they’d been plunked in front of the gates and I didn’t really know much about them.

After a session with my writing coach/editor, I knew I had to get to know each of my characters better and figure out what shape they were in when they came to be at Moz Hollow on that gray, October day.  What happened to each of them in the past six months prior to their arriving at Moz?  Did they have other baggage (other than what they packed) that they brought along?

I traveled back in time with each of my main characters, experiencing a “Six Month Lookback” with them.  I created Word documents, gave each character their own page, and together we explored their past.  I was surprised at what my characters revealed to me.  I learned of the devastation over the death of a parent/loved one, bad choices that led one character down the “wrong path,” and the desire of another to hold on to family tradition and the house where it all began.  I flipped through the pages and read them over and over, immersing myself in each character’s life.

Then, I went back to my second draft and started again (something else I had to get used to).  I didn’t include the actual events of the past six months directly because those events occurred before my story starts.  I did allow those experiences to influence their conversations, attitudes, and the actions of my characters as the story began its second evolution.

My characters feel more complete now, more “fleshed out.”  I can get into their heads and influence their actions and conversations based on what I know about them.  I have a better idea of what they would say, how they would feel, and what they’d think based on the fact that I know them as individuals with a history that existed before they arrived at Moz Hollow on that damp, Minnesota afternoon.